When using any source of information about autism, it is vital to enquire what that source considers autism to be. Many ideas about autism are outdated and have been disproven. Many sources demonstrate a condescending attitude that rules out any possibility of learning from and with the real experts: people who have autism.

The following definition of autism has been adopted by the Autism National Committee:

Autism is the common term for a range of disabilities medically classified as Pervasive Developmental Disorders (PDD). Autism/PDD is characterized by qualitative differences in the development of cognitive, language, social or motor skills, and these are usually apparent before age three. Research evidence suggests that autism may result from an underlying difficulty with expressive movement and its regulation, severely challenging the individual to keep body movements, including sensory responses, in control. These sensorimotor problems can make it difficult to respond consistently and productively to other individuals and to the environment.

About 1 in 54 children has been identified with autism spectrum disorder (ASD) according to estimates from CDC’s Autism and Developmental Disabilities Monitoring (ADDM) Network. 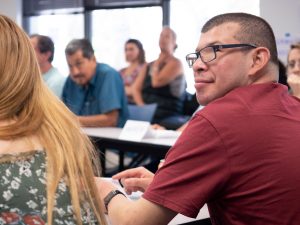 It is found throughout the world in families of all racial, ethnic and social backgrounds. Please refer to “Three Reasons Not To Believe in an Autism Epidemic,” by Gernsbacher et al. for a broader perspective on the current figures on the prevalence of autism in the population. While autism was once erroneously believed to arise from stresses in a child’s psychological environment, modern medical evidence suggests that irregularities in the development of the brain and central nervous system give rise to the syndrome of autism. Causes of this development are diverse and may include chemical exposure, viral and genetic factors.

Autism/PDD is not an illness or a “thing” a person “has.” It is a collection of responses which must be viewed in context, and observation is always more productive than labeling. Across the wide spectrum of the autism/PDD syndrome, individual variations on several key features can be recognized. Reciprocal social interactions, both verbal and nonverbal, are unusual in quality and generally difficult to synchronize and to carry out. Impairments of the central nervous system typically result in over-reactions, under-reactions, or inconsistent responses to various sensory stimuli. Because sensory input is difficult to organize and control, the individual’s activities and interests may appear restricted in their nature and repertoire, frequently involving significant repetition and a need for predictability rather than change. It is important to view the behavior of people with autism/PDD as meaningful adaptations and to take a positive, respectful approach to them, forgoing the common tendency to judge their competence and capacity on the basis of their sensorimotor challenges.

What is Autism Spectrum Disorder (ASD)? 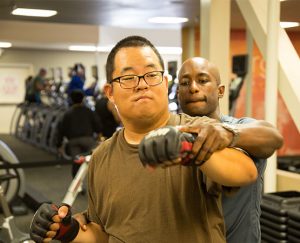 When people talk about Autism and Autism Spectrum Disorder (ASD) they are both generally referring to a group of complex disorders of brain development. These disorders are diagnosed by varying degrees, by difficulties in social interaction, verbal and nonverbal communication and repetitive behaviors. Autism Spectrum Disorder can sometimes encompasses intellectual disability, motor coordination and attention and physical health issues such as sleep and gastrointestinal disturbances.

“developmental disabilities that cause substantial impairments in social interaction and communication and the presence of unusual behaviors and interests. Many people with ASDs also have unusual ways of learning, paying attention, and reacting to different sensations. The thinking and learning abilities of people with ASDs can vary—from gifted to severely challenged. An ASD begins before the age of 3 and lasts throughout a person’s life.”

The most obvious signs and symptoms of autism tend to emerge between the ages of 2 and 3 years of old. Jay Nolan Community Services (JNCS) continues to provide support services for children and adults with Autism Spectrum Disorder and other developmental disabilities. Families, friends and volunteers also play an important role in increasing autism awareness and supporting people with autism.

Support is a critical element in the process of meeting the needs of the ASD individual.

Through the cooperation and support of Jay Nolan Community Services, both the ASD individual and their loved ones can overcome insurmountable problems. JNCS staff, family members, and the community at large all play an integral role in helping the loved one in attaining their goals. Everyone deserves to live a successful and fulfilling life and can with the proper assistance. By remaining positive, you can help your loved one decide how they want to live their life.

There are several choices to consider when choosing the right service. Depending on eligibility requirements of California’s Department of Developmental Services (DDS) and Department of Rehabilitation (DOR) there may be several options that are the right choice. Jay Nolan Community Services also offers a private pay option when Government funding is not desired or an option.

If you need help, please feel free to get in touch with us and we will happily help you find the right choice that fits your needs.