JNCS Thanks California Legislators For Their Continued Support

Last month, Jay Nolan Community Services and the L.A. Coalition of Service Providers gathered together to give thanks to legislators Senator Henry Stern, Assemblymember Adrin Nazarian and Assemblymember Chris Holden who went above and beyond this year to support the people served by Regional Centers.

The importance of their continued support and the impact their help has on the lives of people with disabilities cannot be overstated:

“We at Jay Nolan, along with our esteemed colleagues of the Los Angeles Coalition of Service Providers, offer a special thank you to Senator Henry Stern and Assemblymembers Adrin Nazarian and Chris Holden for your continued support.  Within our political environment today, it is truly a pleasure to take time to stop and say, “Thank You,” and reaffirm our partnership with our elected officials is bringing the resources to bear in order to keep the promise of the Lanterman Act.

There is still much to do, but together, we have made a positive step with our collective efforts this year.  It is encouraging to hear our elected officials commit to this continued effort, with words such as, “we have your back,” and “the work is not yet done.”  We are all part of building and sustaining a healthy and inclusive community, where every member has the opportunity to pursue happiness.  Your efforts truly make a difference in people’s quality of life.”

“Support in the Legislature for people served by Regional Centers is very wide and bipartisan. But that support is rarely strong enough and deep enough to breakthrough to achieve real results for our community.  This past year our local community was fortunate enough to be represented by three State legislators who went above and beyond the typical level of support.

Senator Henry Stern and Assemblymembers Adrin Nazarian and Chris Holden made the needs of our community a high priority for their own action throughout this past Legislative session. They carried our request for urgently needed resources to fellow legislators, to Budget Committees and into the Governor’s office. Ultimately our community’s success in achieving the increases we received this year is due, in no small measure to the efforts of these local champions.” 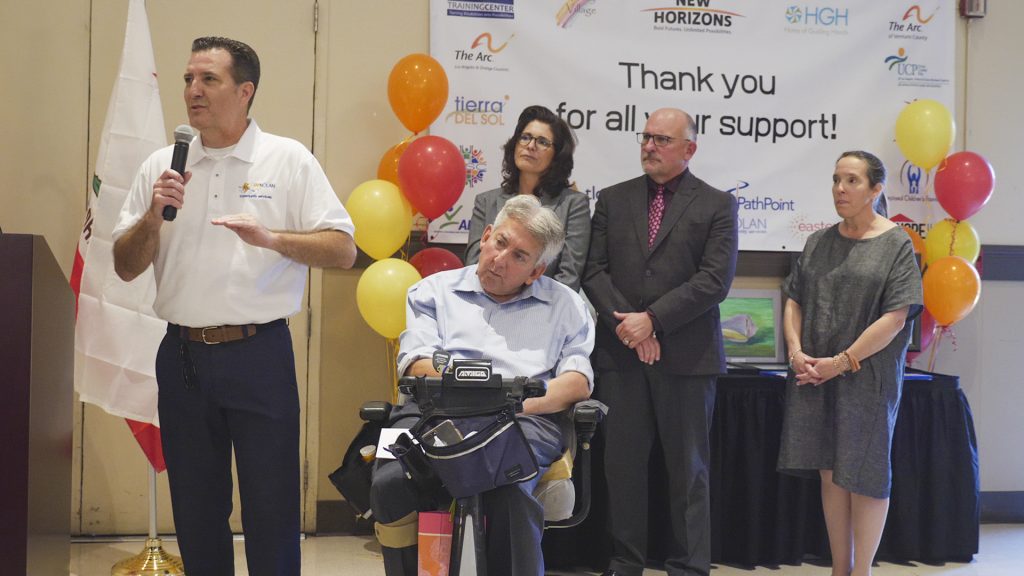 JNCS Executive Director Edward Amey addresses the crowd with words of “thanks.” 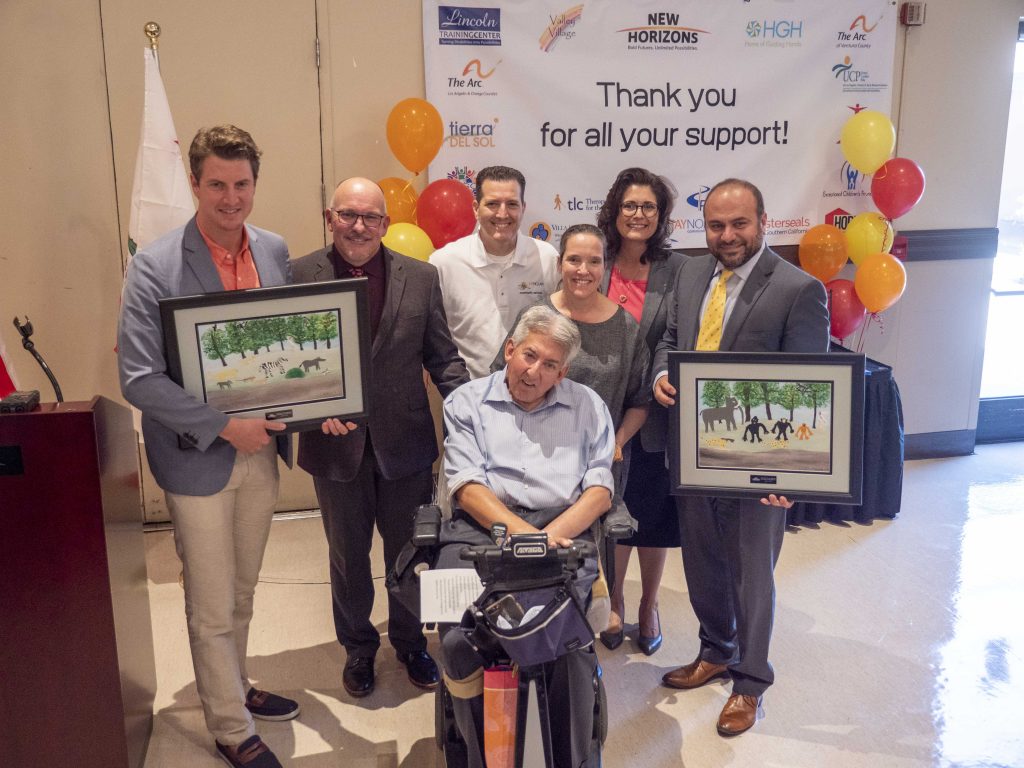 The LA Coalition of Service Providers gives thanks to the legislators who supported our community throughout the past year. 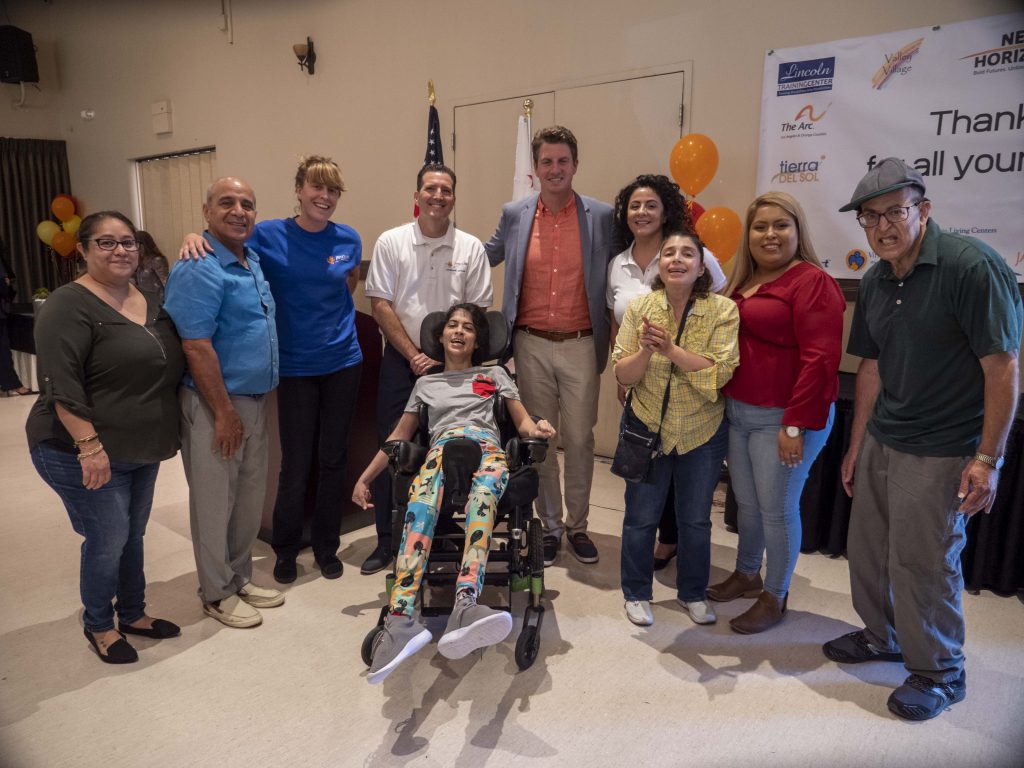 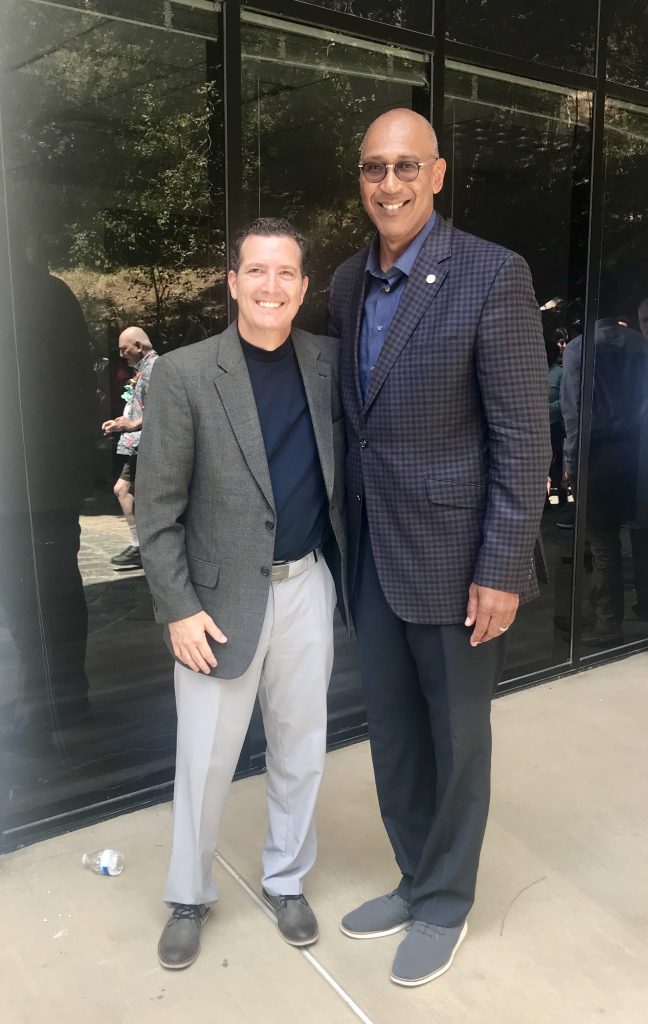 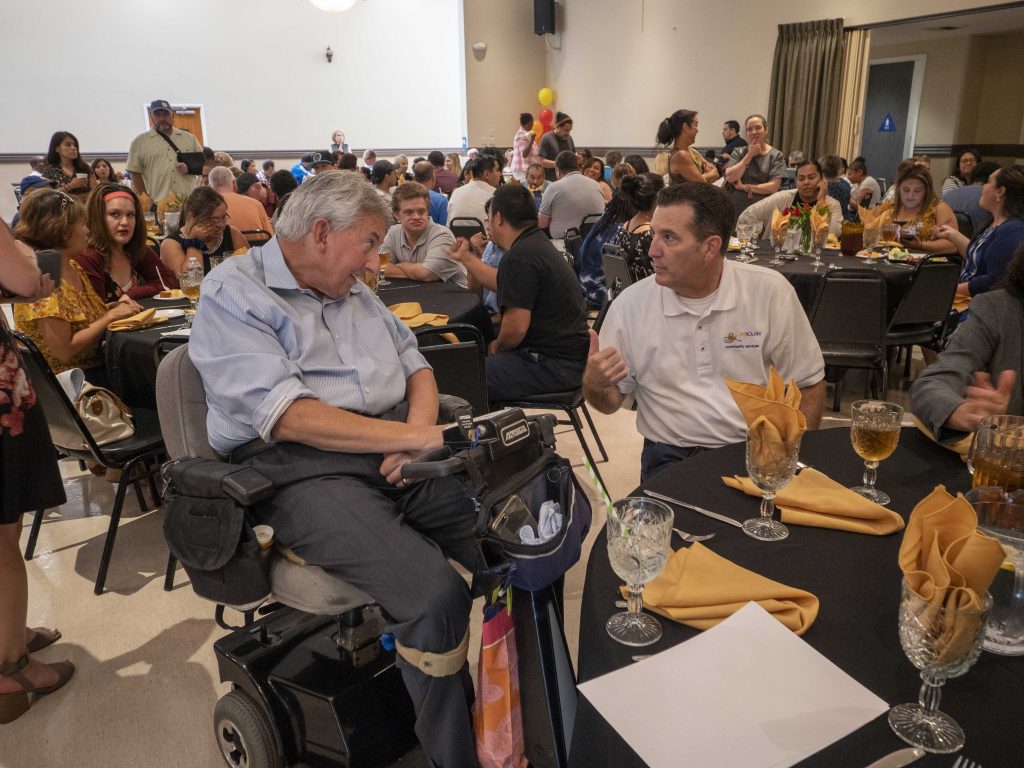 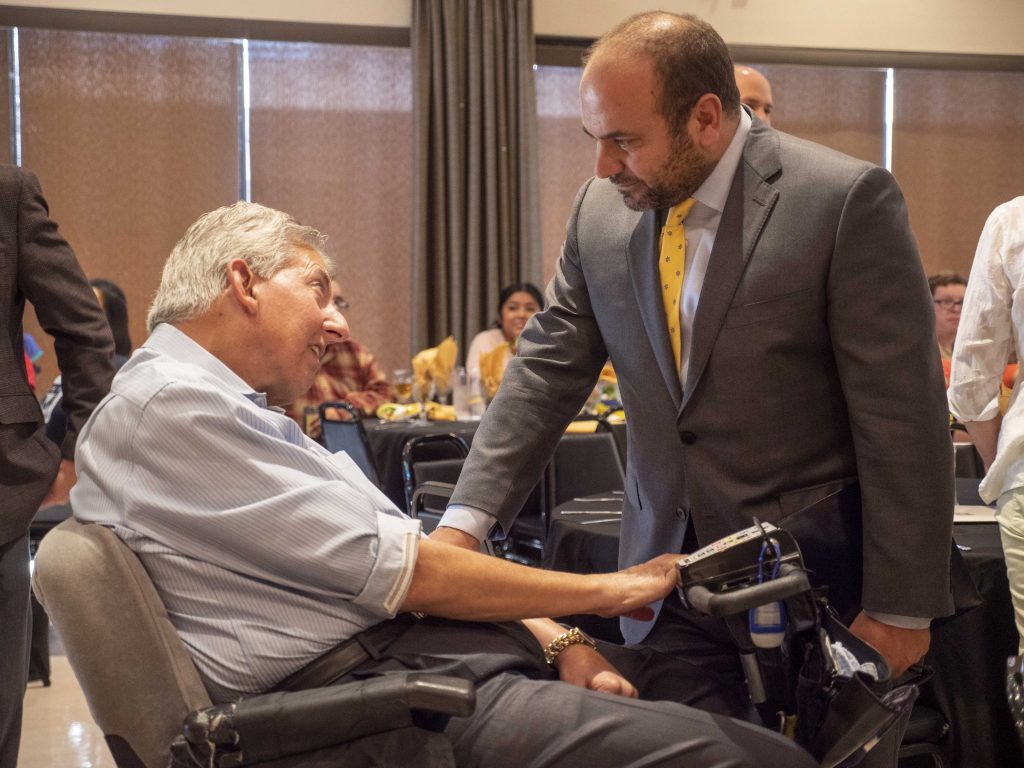 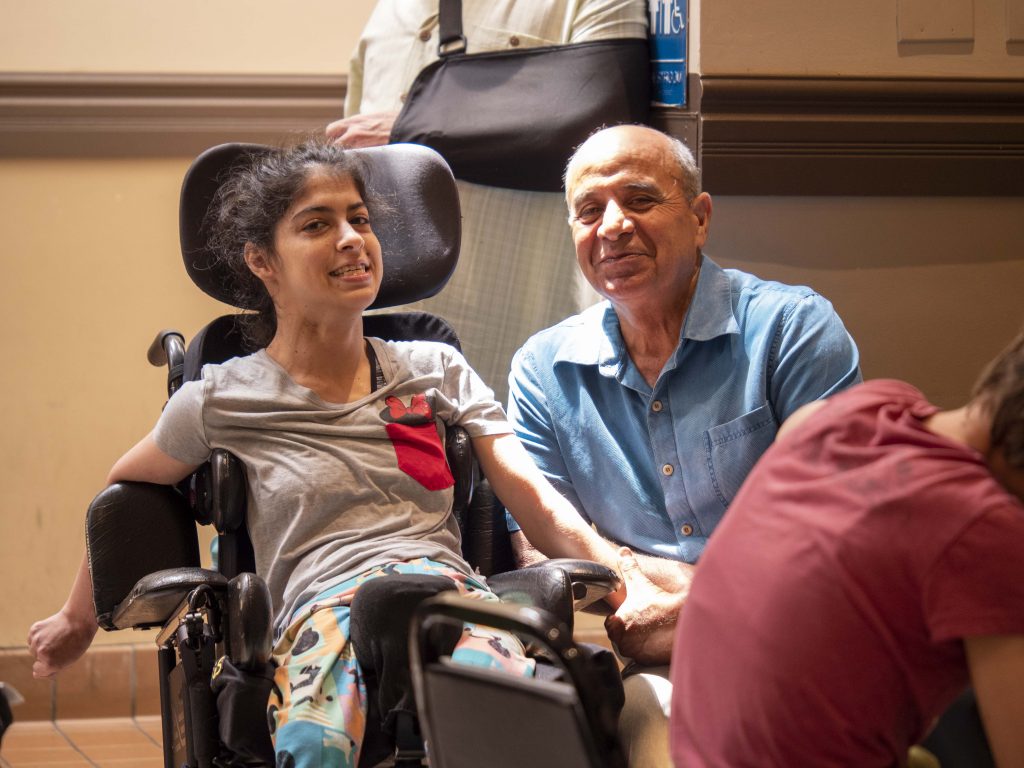 Kimmy and her father attending the thank you luncheon. 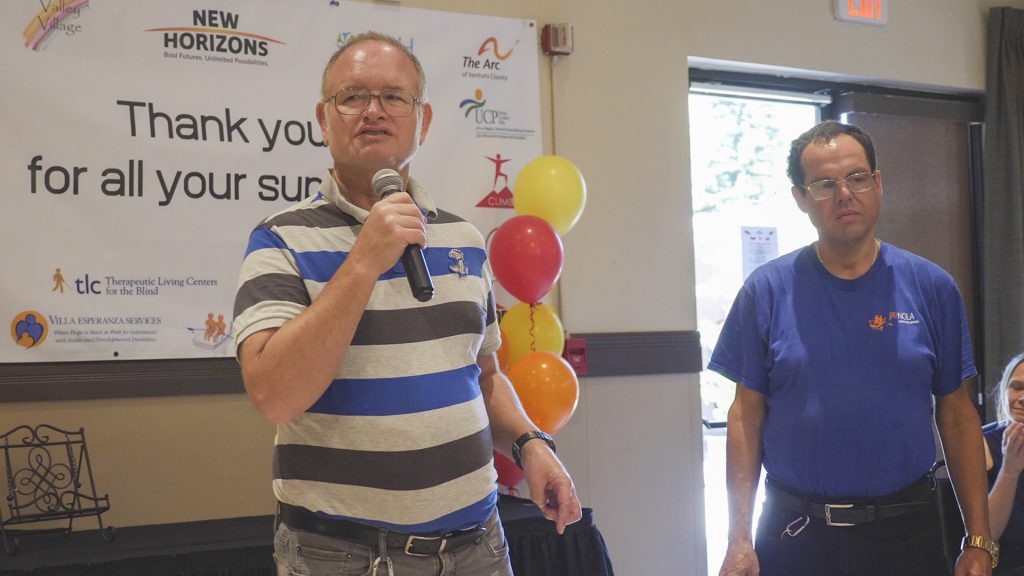 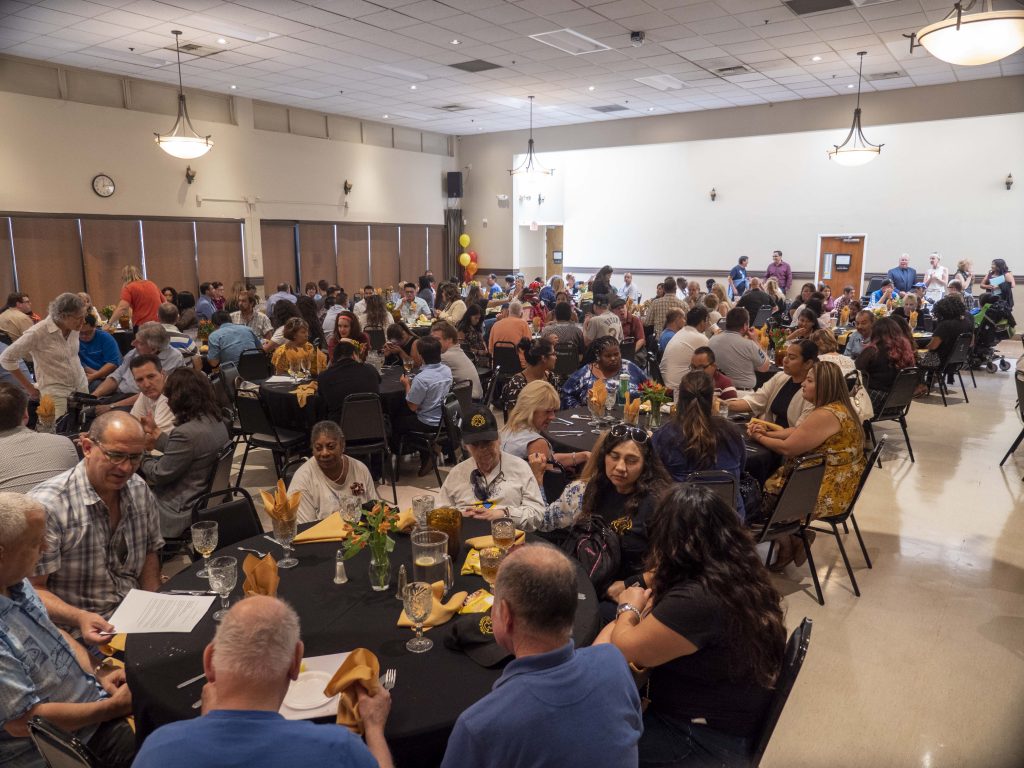 What a great turnout! Thank you for being a part of this amazing community.