Thomas Iland: From Acceptance to Action

Recent efforts by the self-advocates of ASAN and the Autism Society seek to shift April from Autism Awareness Month to that of Autism Acceptance. We asked Thomas Iland, a prominent autism advocate in our community, what his thoughts are on on the Awareness v. Acceptance debate. This was his response.

In 2015, after I, a person on the autism spectrum, left my career as a certified public accountant and took on a career in autism advocacy, I created a mantra that I live by to this day: Know Yourself. Love Yourself. Be Yourself. This mantra would become the basis for my first book, Come To Life! Your Guide to Self-Discovery, which contains my secrets to success.

As I’ve watched society’s conversation on autism evolve over the years, I can see it relating directly to the flow of my mantra. In the beginning, with respect to ‘Know Yourself,’ we as a society were, and in many ways still are, focused on autism Awareness. We acknowledged its existence, made efforts to know or gain a better understanding of what it is, and how it impacts people, both on and off the spectrum. Unfortunately, many saw, and sadly some still see, autism as a disease, curse, or something else that had to be ‘cured.’

Rather than make attempts to change or eliminate people on the autism spectrum, it’s imperative that we love and accept them for who they are.

On that note, it’s time to take the narrative one step further…from one of acceptance…to one of ACTION! Taking a genuine interest in and taking action towards the success and well-being of people on the autism spectrum can drastically improve and even save their lives! I encourage you to see less of the problems and the perils…and more of the potential and the possibilities when we embrace, include, and celebrate people on the autism spectrum as part of our society. When you are allowed to ‘Be Yourself’ and allow others to be themselves, too, we all begin to make a change for the better in the world. 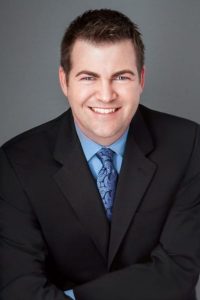 Thomas Iland is the owner of Come To Life Coaching based in Los Angeles, California. He’s an award-winning author, speaker, coach, and consultant. He has spoken at the United Nations, given a TEDx Talk titled “How To Come To Life,” earned a Certified Human Potential Coach and Toastmasters International Accredited Speaker designations, and recently won Junior Chamber International’s “Ten Outstanding Young Americans” award.

“Life doesn’t come to you…it’s up to YOU…to COME TO LIFE!” -Thomas Iland

Success Stories
Resource Center
Get To Know Us
Get Involved
Useful Resources
Stay in Touch
© 2021 JNCS. All rights reserved. | EIN: 51-0179153